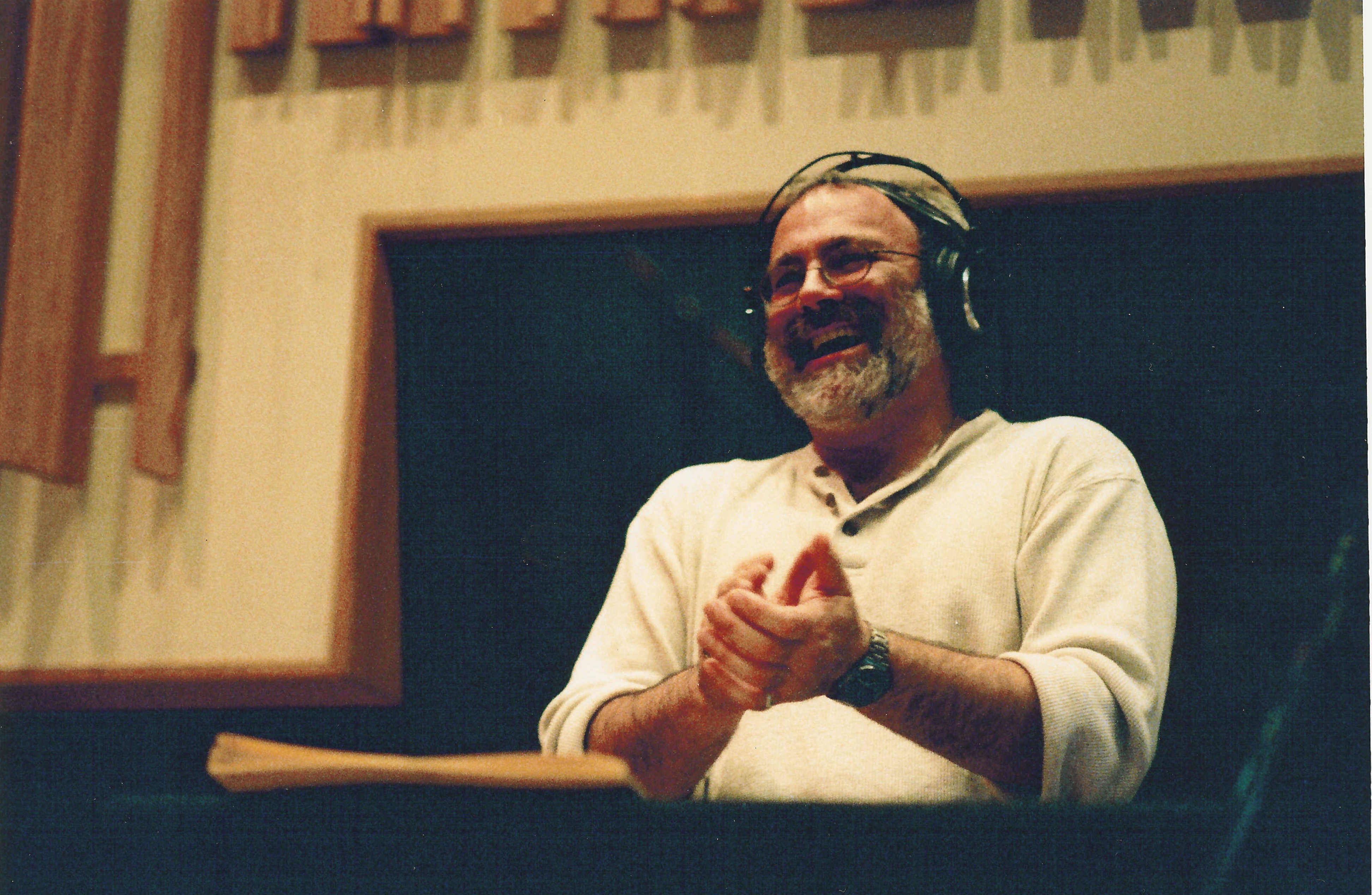 Two-time Emmy-award winning Canadian composer/arranger Hummie Mann has collaborated with some of Hollywood's most celebrated directors in both theatrical and television films.  His motion pictures projects have ranged from Mel Brooks' “Robin Hood: Men in Tights” to Peter Yates' “Year of the Comet”, the children’s film “Thomas and the Magic Railroad” to “Wooly Boys” directed by Leszek Burzynski, starring Peter Fonda, Kris Kristofferson, Keith Carradine and Joe Mazzello.

Mann was honored with his second Emmy Award for an episode of Showtime's Picture Windows entitled “Language of the Heart”, a love story about a street musician and an aspiring ballerina.  The composer's score so impressed director Jonathan Kaplan that Kaplan hired him to score the CBS mini-series “In Cold Blood” starring Anthony Edwards and Eric Roberts.

The four-hour miniseries, based on the Truman Capote classic about two young drifters and the murder of a Midwestern family, demanded an unorthodox musical approach.  Mann took the lyrics actually written by one of the killers (an amateur songwriter) and set them to music; the songs thus became the heart of the score, which was played by a handful of instruments including mandolin, dobro and bottleneck blues guitar supported by electronic textures.

Kaplan says that Oscar-winning movie-music legend Jerry Goldsmith recommended Mann as “a composer with a strong sense of melody and a genuine command of the orchestra.”  Adds Kaplan: “It's very rare that you can find someone who is as gifted as Hummie is, and as motivated and easy to work with.”

In the world of Independent films, Mann scored “Falltime” for first time director Paul Warner starring Mickey Rourke, Stephen Baldwin and Sheryl Lee.  That film premiered in competition at the Sundance Film Festival.  Mann has also scored films by two well-known screenwriters making their initial forays into directing.  He composed a contemporary jazz-rock score for the coming-of-age story “Sticks & Stones” by Neil Tolkin, and also scored the short film “The Red Coat” for Memoirs of a Geisha writer Robin Swicord.

Twice Mann has collaborated with legendary comedy director Mel Brooks.  The first Brooks score that he composed was for “Robin Hood: Men in Tights”, which NBC-TV critic Gene Shalit singled out for praise, likening it to the legendary Erich Wolfgang Korngold's scores for the classic swashbucklers of the '30s and '40s.  He also scored the last film that Brooks directed - “Dracula: Dead & Loving It” which starred Leslie Nielsen.

The grand-scale symphonic music for Brooks' two film parodies contrasts sharply with Mann's acoustic-guitar-based score for the Donald Sutherland-Amy Irving thriller “Benefit of the Doubt”, and the soaring, charming music for Peter Yates' “Year of the Comet”, which combined orchestral sounds with Scottish ethnic elements.  Yates, the director of Bullitt and The Deep, found "a freshness and energy" in Mann's music for “Year of the Comet”.  The periodical ‘Film Score Monthly‘ named this score as one of the “Ten Most Underrated Scores of the Decade” and it was nominated in the category of Best Score – Drama or Romantic Drama in the 1992 UK Moviemusic Awards.

Among Mann's most provocative projects have been two series for Showtime: “Picture Windows”, which Norman Jewison executive-produced and which enabled the composer to collaborate with Jewison, Kaplan, Dante and Bob Rafelson; and “Rebel Highway”, a series of drive-in-movie remakes by Kaplan, Friedkin, Milius, Dante, Ralph Bakshi, John McNaughton, Mary Lambert and Uli Edel.  Mann also composed the main title theme music for both series.

Mann co-produced the Marc Shaiman scores for such hits as “Sleepless in Seattle”, “A Few Good Men” and “Mr. Saturday Night”, and both orchestrated and conducted the Shaiman scores for “City Slickers” and “The Addams Family”.  His orchestrations can also heard in such films as “Georgia Rule”, “Mad Money”, “Speechless”, “Addams Family Values”, “Misery”, “Sister Act”, “Dying Young”, and “For the Boys” and he co-arranged the song “Places That Belong to You” for Barbra Streisand's best-selling “Prince of Tides” soundtrack album.  He also composed the Carl Stalling-style underscore for “Box Office Bunny”, the first theatrical Bugs Bunny cartoon released in 26 years.

For the legit theater, Mann arranged new material for Debbie Reynolds' tour of “The Unsinkable Molly Brown”.  He created new arrangements for Pia Zadora in the Long Beach Civic Light Opera's production of “Funny Girl”, and has arranged music for several other Southern California stage productions including “Babes in Toyland”, “Kiss Me Kate”, “The Merry Widow” and Cloris Leachman's “Perfectly Frank”.  He arranged and orchestrated the score for the large scale musical of “Robin Hood: für liebe und gerechtigkeit”, produced in Germany; and also conducted the London Symphony Orchestra at Abbey Road Studios in London for the cast recording.

His original children’s theater musical adaptation of Prokofiev’s “Peter and the Wolf”, collaborating with playwright Allison Gregory, premiered at the Seattle Children’s Theater in 2006 for an extremely successful run of over 110 performances.  It has since been produced in 12 other cities across the US and was named the “Best Children’s Show of 2006” by the Seattle Times.  It also was produced in New York in late 2008 at the Manhattan Children’s Theater and in the Fall of 2009 had a National 40+ city tour.

Mann’s second Children’s musical was based on “The Brementown Musicians” and had it’s premiere run at the Seattle Children’s Theater in April 2010.  He has also collaborated with playwright John Olive and lyricist/songwriter Sue Ennis on a Christmas black comedy entitled “A Slaying Song Tonight” which had a very successful professional workshop and staged reading in Minneapolis at the Playwright Center in January 2009.

Besides his busy composing career, Mann is the creator and lead instructor of the Pacific Northwest Film Scoring Program which 5 years ago became the music department of the Seattle Film Institute.  He has also taught film composition courses in Scotland and Denmark.  After numerous guest lecture visits to China and being invited to participate as a guest speaker at the 2nd Beijing International Film Festival, he was asked to join the De Tao Masters organization and has lectured and given workshops in Beijing and Shanghai.  In May 2010 he was invited to run a film composition workshop at the Dakhla Film Festival in Morocco and Variety Magazine listed him as a “Leader in Learning” in its 2010 Education Impact Report.

He was the founding president and a long time board member and of the Seattle Composers Alliance and for 10 years served as a governor of the Northwest Chapter of the National Academy of Recording Arts and Sciences.  From 2009 - 2011 he commuted to Chicago serving as assistant professor of composition and orchestration for Columbia College Chicago’s “Composition for the Screen“ masters degree program.  He was awarded a full scholarship to pursue a DMA (Doctor of Music Arts) degree in Film Composition at the University of Salford in Manchester, England and recently successfully completed and defended his thesis, based on his upcoming textbook of film scoring techniques.

Currently working on original songs for the upcoming animated feature “Vincent the Artist”, he divides his time between Mercer Island, Washington and Santa Monica, CA where he continues to work in the film industry.